Blog / Read an Excerpt of Symbiote: the Tangled Web 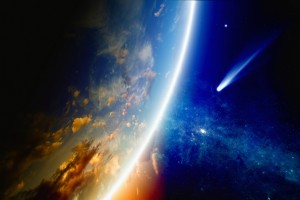 An excerpt of my book, Symbiote: the Tangled Web

"Halfway from their position to the wall of the room, the equipment thinned out, then stopped. Left was an open space of perhaps thirty feet to a door that exited to the left. It was toward this door that John Bannister sprinted. It was his thought that if it could be opened, it would afford an escape route from the situation they found themselves in. Perhaps fifteen feet from the door, John was lifted from his feet and smashed backward into the support girder of the back wall. The thunderous report that followed told Sam what she already knew. John had found himself in the sights of their enemy’s sniper. Sam watched in horror as John slowly regained his feet, only to again be slammed by an unseen force, this time sprawling him facedown upon the floor. The thunderous report again following seconds behind. John lay still.

Anger flooded over Sam. She cared not if her life was forfeit. They would pay for the treatment of her team, for the indignity of the death of such a noble partner. She rose from her cover, only to see three other humanoid figures rise almost simultaneously with her. The EMP blasts became an almost-constant flow from their weapons. The bee stings she had felt earlier, she realized, were not stings at all but rather the lead of countless rounds of ammunition deflected from her body by the bluish-gray membrane that now covered her and her team. She saw Connor in front of her as he ended life after life as he fought his way forward, the lead deflecting off him as well. She heard the soft reports of the EM 150s behind her. Banshee team would not die. They would win!"

David Coe was born in Houston, Texas in 1958. After graduating from Cleveland High School in 1977 and being unable to find his calling, David joined the Houston Fire Department in 1985, where he spent the next 31 years serving the citizens of Houston. His desire to write took a back seat to his desire to serve. Several years before his retirement in 2017, David began to think about giving his desire to write a chance to manifest itself.
Prev:  Welcome to FantasyWorksINC